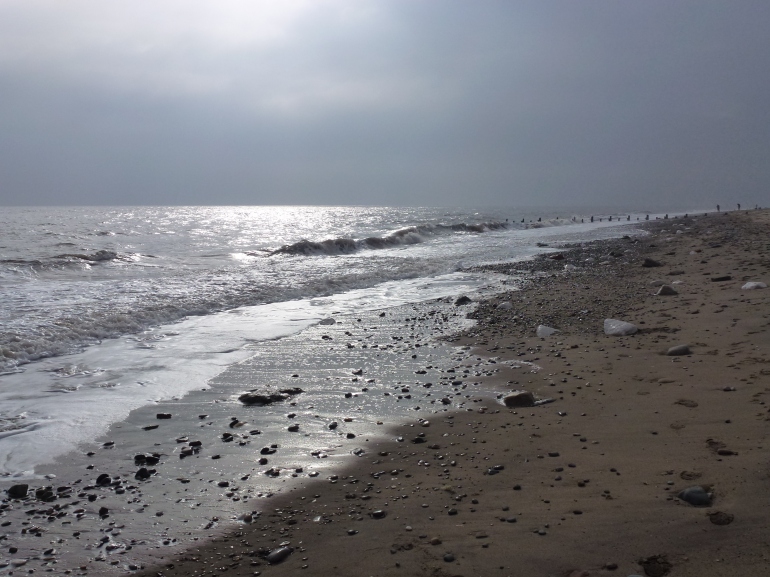 Everywhere is written on

By all the species that have tried their luck,

Lost things that got the tide times wrong,

The thriving wisps of sanderling and duck;

The place speaks as a time line.

The sea’s seen off the harbour and the pier

Has sculpted concrete to its own design,

Whose slots as neat as ninepence, hardly worn,

Run down the beach and mix with prints of fox.

The brown moths hang their silk among the thorn

Thrive where the rust has dealt with iron locks,

Reduced the dreams of settlers to a shower

Of sand, which never level, drifts away

Or takes more coating from the lighthouse tower

Flings bitterly where light once beamed. A spray

Of aerosol, or sea drops, mists the walls

And yet the dunlins run, the diver’s here and also gone,

The lifeboat lands; the Brent geese make their calls.

Larkin’s lines are bravely posted; things wave and roll on.